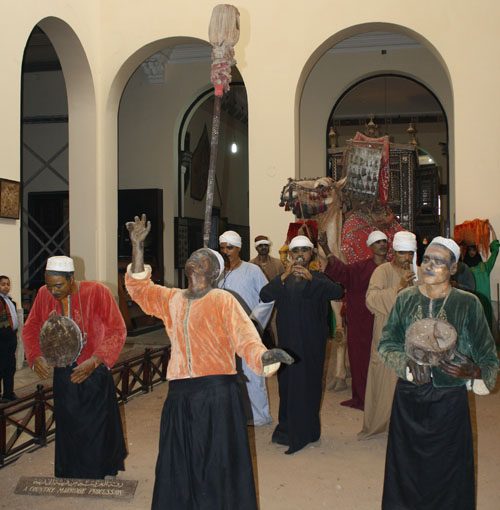 The Agriculture Museum in Cairo, Egypt is a treasure that most tourists visiting Egypt have never heard of, and never been to. It resides inside a former palace, so even the architecture is well worth taking a moment to enjoy.  I think maybe the museum opened in the 1950’s, but I could be wrong about that. It’s very kitschy, in a way that I find very appealing! The museum is near the Giza zoo and the Cairo Opera House.

On the ground floor, there is a series of tableaux showing what a rural wedding was like as of the 1950’s. It provides insight into what people wore, and what their customs were surrounding weddings.

The above photo shows a fortuneteller casting the stones to view the omens for an upcoming wedding.

In Muslim tradition, weddings do not involve a religious ceremony the way traditional Christian weddings do.  Instead, there is a legal contract, which is signed by the men of the two families with witnesses. The photo below shows the men conducting this business. 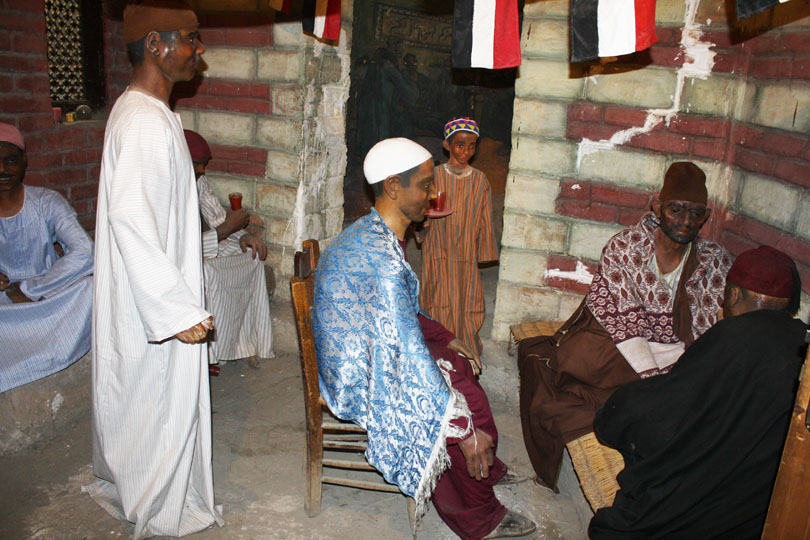 While the men of the bride and groom’s families complete the contract transaction, the women of the households prepare for the wedding party that will follow.

The tableau pictured below shows a woman bringing a tray of drinks from the kitchen to serve to the other women as they wait. 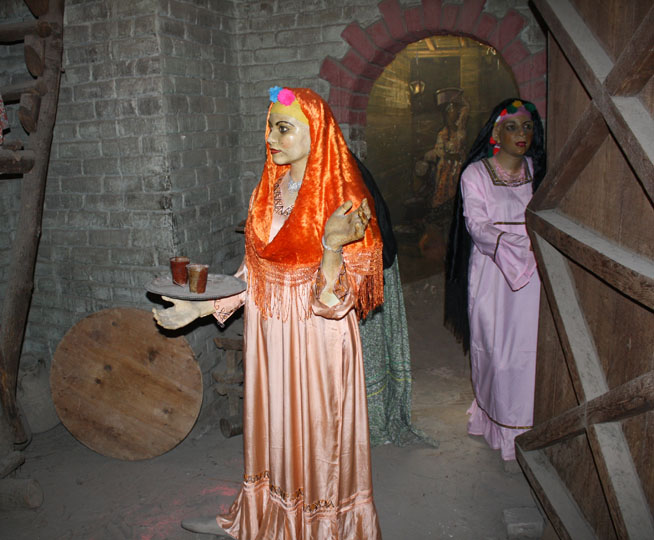 As the women wait, one of them goes to the roof to the pigeon hut, to select a pigeon to serve for the meal at the celebration. 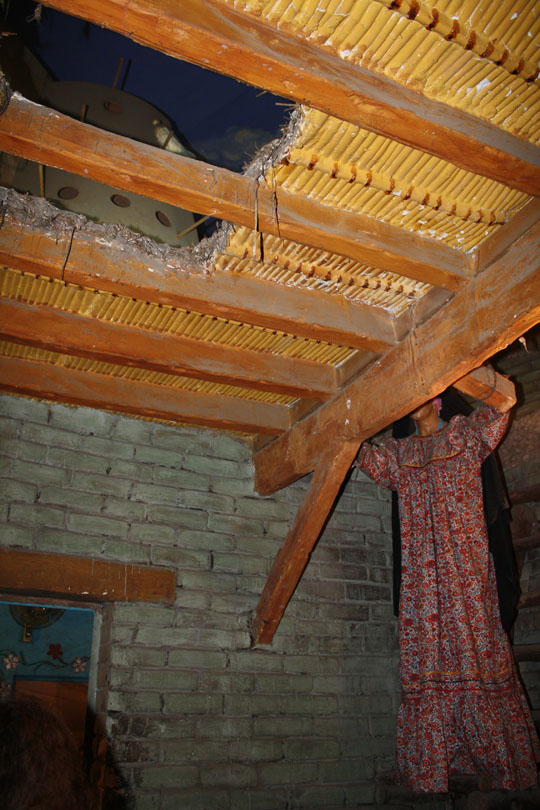 The photo below shows a belly dancer and a drummer performing for the bride and the women of her family while they wait for the men to be ready for the procession.  The dancer, of course, is the one with the most vibrant makeup!

One of the wedding-related exhibits shows the zeffa (bridal procession) in which the people of a village carry a bride in a howda to the wedding party.

The photo below shows the men leading the zeffa, playing musical instruments and doing balancing tricks. Behind them is a camel carrying a large decorated wooden box known as a howda with the bride sitting inside.

This photo shows a closeup of the camel bearing the front part of the bride’s howda. 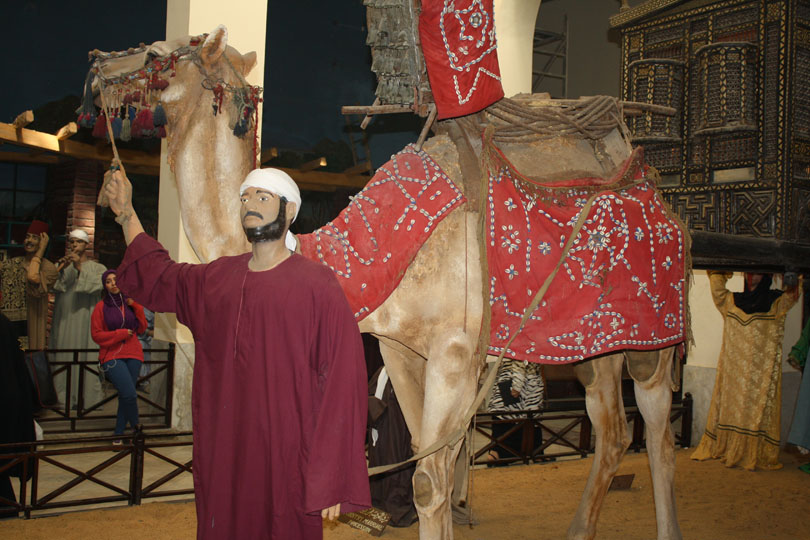 The next photo shows the bride inside her howda.  This angle of the photo doesn’t show it, but a little boy is inside it with her.  His role would be to leave the howda and fetch anything she needs.

I have visited the Agricultural Museum several times, and it’s always fun to see it again.  In addition to the scenes of rural life, the main building also houses many other exhibits, including farm animals, insects, and more.   A separate building is dedicated to exhibits of Syria, referencing a period from 1958 to 1961 when Egypt and Syria banded together to create the United Arab Republic.