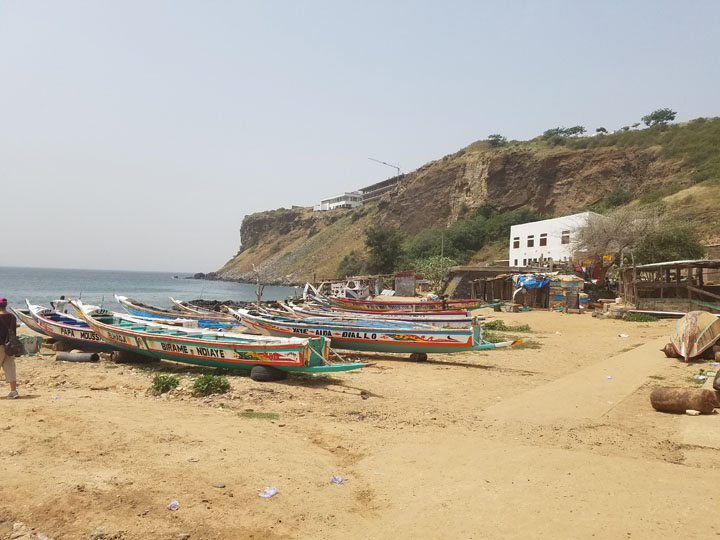 Because of spending a month in Senegal in October 2017, I came to feel a real appreciation for the country and its people.  Once I start to feel that level of connection, I find myself wanting to go back, and I do feel that pull to return to Senegal for a visit.

What would I do if I went back for a visit?  This is my wish list. I really don’t think it would be feasible to do all of these things in a single visit, but I would enjoy doing what I can!

Will I actually go?  It’s hard to say.  I’d like to have at least one travel companion that I can dine with, plan with, and share the experience with.  I also would need to figure out how it fits into everything else going on in my life. For now, it’s on the back burner.  But life can take interesting directions, and if the right opportunity were to present itself, I’d be happy to return.

One of the more spectacular landmarks in Dakar, Senegal is the African Renaissance Monument, known in French as Le Monument de la Renaissance Africaine.  It shows a man, woman, and child emerging from a volcano.  It sits high on a hill overlooking the Atlantic Ocean.  At 160 feet (45 meters) tall, it’s the tallest statue in Africa, making it taller than the Statue of Liberty.

At the time this status was unveiled in 2010, marking 50 years of independence from France, Senegal’s President Abdoulaye Wade said, “It brings to life our common destiny. Africa has arrived in the 21st century standing tall and more ready than ever to take its destiny into its hands”.  The event featured hundreds of drummers and dancers.  I would have loved to have seen that!

Many people in Senegal were not supportive of the statue, criticizing it for various reasons.  For example:

We had a chance to see this statue up close during our city tour on October 7, 2017, which is when I took this photo.  At night, lighting effects give it a beautiful glow.

It’s possible to pay an entrance fee and go inside it.  I did not do this during my visit.  There are stairs you can take to the top, and look out of windows in the man’s crown.